Our History: A Legacy of Custom Home Building 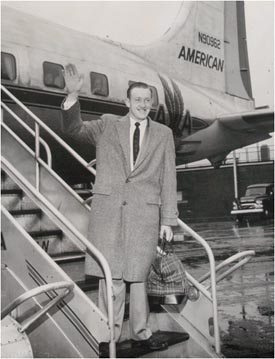 Toebben Companies consists of three entities, Toebben Builders and Developers, Matth Toebben Construction, and Toebben Ltd. all owned and operated by the Toebben family. The man responsible for this multi-million dollar construction and real estate development company is Mr. Matth Toebben. With all of his hard work and drive for excellence Matth has well exceeded the “American Dream.”

It all began in Lorup, Germany where Matth was born and raised. As one of eleven children, hard work was expected and carried out by Matth and his siblings. Barely large enough to see over the equipment, Matth would spend hours behind a horse drawn plow in his family’s potato fields. The same work ethics still apply to Matth and his two sons, John and Bill, who now run the Toebben Companies.

At age fourteen, Matth left his family’s farm and moved to Borger, Germany where he studied the fine art of Woodworking. His handcrafted doors, cabinets, and windows became perfect pieces of art and are now his trademark in everything Toebben Companies completes today. After six long years of studying as an apprentice carpenter he was ready to start his own business. Because Matth was only 20 years of age he could not take his master exam for certification to be a carpenter due to the restraints of German laws. With jobs being sparse and having the long wait until he became of age to take the master exam, Matth decided to come to the “Land of Opportunity.”

In 1953 Matth boarded the ship S.S. United States, determined to make all of his hopes and dreams become reality. When he arrived in New York the young Toebben only had ten American dollars that were given to him by his mother out of the egg money she had received from an American solider. With his money in hand, he hailed a taxi and headed for the train station. After paying the taxi driver and the porter, who retrieved his bags, Matth was empty handed. Penniless, he boarded the train to begin his long trip to Cincinnati. After departure, a priest conveyed to Matth that the train he had boarded was not heading for Cincinnati but for California. Finally, a day late, Matth arrived in Northern Kentucky encouraged and eager to go to work.

Matth instantly began working as a carpenter for George Kruetzjans, a Ft. Wright home builder. Receiving a weekly pay of sixty dollars the money-minded Toebben began saving. Six months after he started with Kruetzjans he began working at night as a freelance carpenter and by 1955 only two years after his arrival to the United States Matth Toebben started his own business, which is now known as “Toebben Builders and Developers.” Toebben Companies began specializing in custom homes in Cincinnati and the Northern KY areas. 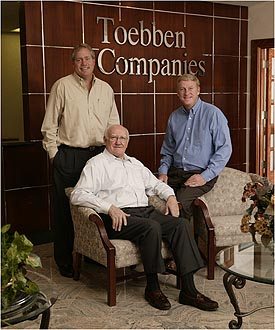 In 1958 Toebben Builders and Developers purchased their first one hundred and eighty acres to begin building a custom residential estate home community known as Country Squire Estates. By 1960 the Toebben company had built over 40 custom homes. In 1963 one of the homes, an eighty thousand dollar Dutch Colonial with five bedrooms and three baths, was highlighted in the Cavalcade of Homes Show. Matth was quickly becoming one of the top builders in the area. With the help and support of his wife Laverne and their five children he reached for yet more.

In 1965 Matth became the President of his local Home Builders Association. Two more Toebben Companies were developed in the 1970’s: Matth Toebben Construction, which controls the commercial and industrial construction of the Toebben communities in Cincinnati and Northern KY; controlling, developing and leasing of over eight hundred thousand square feet of office retail facilities.

Matth, as Chairman of the Board, has since then structured his companies in a way that will make Toebben Companies one of the best in the industry. Toebben Companies is operated by Matth’s two sons John Toebben and Bill Toebben. John Toebben, the President of Toebben Builders and Developers, and Bill Toebben, the President of Matth Toebben Construction and Toebben Limited have both inherited their father’s great sense of perfectionism and work ethic. Combining the talents and commitment to perfection of these three men and its many fine employees, Toebben Companies will continue to grow in the coming years and will well exceed any dream that one young boy from Lorup, Germany could ever have! 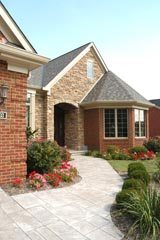 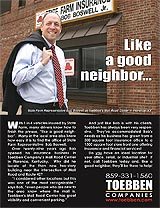 Looking for lease property that offers access to high traffic without the high overhead? Check out Toebben’s Mall Road Center.

Toebben is also a member of the NKY Chamber of Commerce & other business organizations.